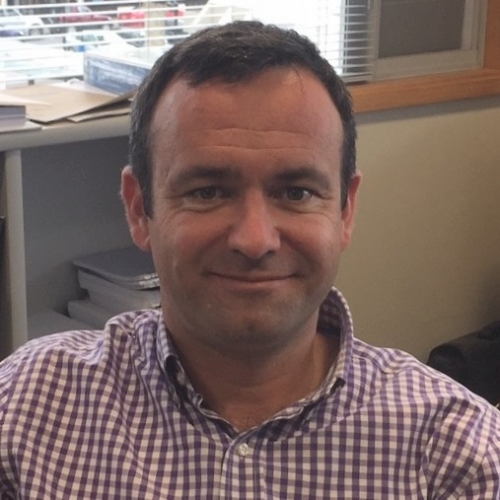 Chair Rex Graham is pleased to announce the appointment.

“I am delighted to welcome James to this position. His experience and approach are an excellent fit for this Council. His appointment means we can now focus fully on delivering Council’s new strategic direction,” says Mr Graham.

Specific details on when Mr Palmer commences in this position will be advised shortly.

Mr Palmer has been the Group Manager Strategic Development at the Regional Council since January 2016. Prior to this he was Deputy Secretary, Sector Strategy at the Ministry for the Environment for 3 years, responsible for the strategic direction of New Zealand’s environmental management system. James had specific policy responsibility for the Hazardous Substances and New Organisms Act, the Exclusive Economic Zone and Continental Shelf Act, Marine Protected Areas, NZ’s international environmental commitments, oversight of the Environmental Protection Authority and national-level state of environment monitoring and reporting.

Prior to this James was Director Strategy, Systems and Science Policy at the Ministry for Primary Industries and Director Strategy at the Ministry of Agriculture and Forestry. Between 2005 and 2008 James served as Chief of Staff to the Minister of Agriculture, Forestry, Fisheries and Biosecurity, and in the early 2000s was an Advisor and Senior Private Secretary to the Deputy Prime Minister.

James has had extensive experience in policy and regulation of matters related to environmental and natural resource management, energy and climate change, and primary production and innovation.

James holds a Bachelor of Arts in Political Studies from Otago University and in 2003 James was awarded a Chevening Scholarship by the British Government to attend the London School of Economics and intern in the British Prime Minister’s Strategy Unit. Following this James spent 2 years as a Research Fellow of a Government-funded study of ‘Institutions for Sustainable Development’. He has also participated in the US State Department’s International Visitors Leadership Programme studying food security and sustainability, and a Prince Of Wales Business and Sustainability Programme run by Cambridge University.

James is a former Chairperson and Trustee of the Eastern and Central Community Trust, has previously served two terms as a trustee of the Hawkes Bay Power Consumers’ Trust, and is a former director of Esk Hydro Power Ltd. Born and raised in Hawkes Bay James now lives near Haumoana with his wife Mel and 3 children.

The Council has a workforce of 191 full-time equivalent staff.