Biosecurity supports the future of our native species 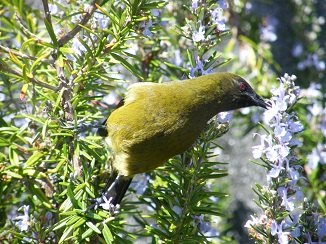 Long term investment in a number of biosecurity programmes by Hawke’s Bay Regional Council is starting to benefit the region’s native species recovery.

The regional council’s Biosecurity team presented its annual report to Councillors this week, outlining the work that has been done to control animal and plant pests, and the benefits that are being realised.

“While biosecurity efforts have traditionally been mounted to protect farm animals and crops, increasingly the complementary benefits to biodiversity recovery are recognised, enlarging the constituency for this vital work,” says Regional Councillor Tom Belford, Chair of the Environment and Services Committee.

“This Council wants to strongly champion biodiversity, and persistent, ambitious biosecurity efforts, alongside habitat restoration, are critical to that objective.”

Regional Councillors discussed how biosecurity is a flagship of Council’s work in the region. Much of the hard work has been done, and continues to be maintained, by Hawke’s Bay farmers and other landowners, with many urban residents helping with possum control in the towns.

Possums had been one of the region’s nasties but the community effort has had great success, reducing the negative effect of possums on native birds and habitat, pasture, gardens and on stock health (by reducing the spread spreading Bovine TB).

A total of 950,000 hectares of Hawke’s Bay land is under possum control, a combined investment between HBRC and OSPRI over the past 17 years.   This also includes over 40 QEII Covenant areas and many priority ecosystem sites.

One of the success stories of this control is that bird monitoring is showing that tui numbers have increased fourfold and bellbird (korimako) threefold in urban areas.

Another successful long term biosecurity investment is in rook control with rook numbers also trending towards regional eradication.  These birds impact pasture and crops, and the annual ground and aerial control has reduced the population by around 80% across the region.