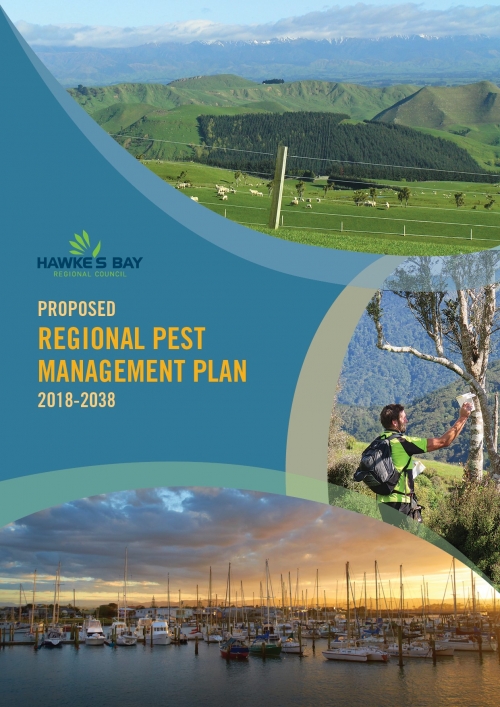 Changes to the way pest management is approached in Hawke’s Bay are in the Proposed Regional Pest Management Plan 2018-2038 which has been approved for consultation by Hawke’s Bay Regional Council.

The proposed plan has been developed by Regional Councillors and staff working with key stakeholders and interested groups, including the horticulture and agriculture sector, Department of Conservation, council, iwi and members of the community.  The current pest management strategies were reviewed and changes made to meet new demands and legislative requirements.

The Proposed Regional Pest Management Plan is open for public consultation from 2 February to 16 March 2018.  Accompanying the proposed plan is a cost benefit analysis and cost allocation report.  These can be viewed and downloaded here.

And submissions can be made here.

“Our Pest Management Plan is hugely important to the region, delivering both economic benefit to farmers and advancing our biodiversity goals,” Cr Tom Belford, Chairman of the Environment and Services Committee.

Submissions from both urban and rural people are welcome before the consultation period closes on Friday 16 March 2018.  People who submitted on last year’s discussion document are being approached directly to request their further input.

Major changes in the proposed plan are -

“It is a lot more cost effective to attempt to prevent invasive species entering our region than it is having to control them,” says Cr Belford.

“We are currently tracking at 2.5% across the entire possum control area programme which is a huge success. Reducing the RTC will help detect problem areas faster and is heading in the right direction for Predator Free Hawke’s Bay,”  Cr Belford.

“Feral goats represent a major threat to the increased riparian planting and afforestation initiatives that are being contemplated for the region. Councillors are treating this as a high priority,” emphasised Cr Belford.