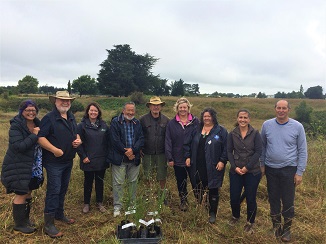 The first step before restoring the Makirikiri Stream in Takapau was taken on Sunday 11 February when whanau of Te Rongo a Tahu Marae held a whakawaatea on the site (see photo below).

Hawke’s Bay Regional Council has allocated $70,000 of funding in its Annual Plan 2017-18 to restore this section of the Makirikiri Stream, just south of Takapau.  It is part of the Tukituki catchment and the stream is valued by the marae.

"This is an exciting project for all of the Takapau community,” says Joanne Heperi of Te Rongo a Tahu Marae.

“The willow removal has already opened up the stream which helps the passage of migratory fish such as eels. The riparian planting of native trees will help restore the ecosystem and mauri, bringing the biodiversity back into the waters, especially the tuna (eels), koura, and other taonga species. And it will help bring people back to the river."

Historically the Makirikiri Stream was a significant mahinga kai site for Te Rongo A Tahu marae. In more recent times, the Māori-owned land was leased and unfortunately was used as a municipal rubbish site. Although the dump itself is now sealed, the site remains in a degraded condition.

About 500 metres of stream edge will be fenced before the community, including local school and kura kaupapa children, will be invited to a winter planting of natives best suited to the dry site.  A path will be made on the southern side of the stream so that whanau and local community can enjoy the area as it flourishes.

This project will be useful as demonstration on riparian management so local landowners can learn what they can also do to benefit water quality and ecosystems.  Nearby, HBRC will be funding another enhancement project, planting native species in a wetland.

The community planting day is planned for winter when conditions are ideal. 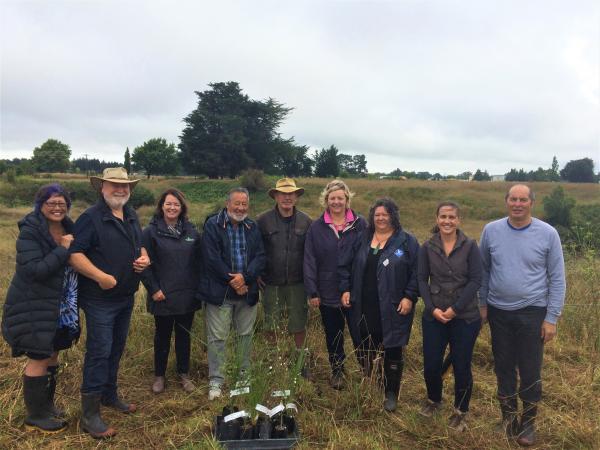