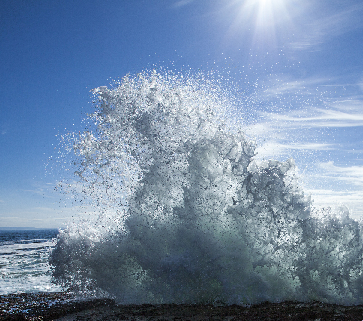 There is good support in Hawke’s Bay for a technical group’s new national report on Climate Change.

Coastal Hazards Joint Committee Chair Peter Beaven has welcomed this working group’s final report, which he says at last demonstrates a commitment on the part of Central Government to take a lead role in this critical issue.

The report has been delivered by the Climate Change Adaptation Technical Working Group recommending the actions New Zealand can take to adapt to the effects of climate change.

“As the report states, many local authorities such as Hawkes Bay have already taken a proactive stance and begun work, such as the Coastal Hazards study commissioned by three of our local bodies here in response to sea level rise. However the report is far more wide-reaching than just coastal hazards in considering the impact of global warming,” says Mr Beaven.

“There will be impacts on biosecurity, infrastructure, insurance availability, frequency and severity of floods to name just a few,” adds Mr Beaven.

The question remains as to what Central and Local Governments can do to minimise global warming.

“Every local authority should have the impacts of global warming front and centre of its thinking,” says Mr Beaven.

“And it is so obvious that we can’t do this by ourselves. It needs the active support and cooperation of both central Government and the wider community,” he concludes.

The thinking and actions in Hawke’s Bay may fall into two areas. As the report suggests, adaptation - how we adjust to climate change using structures like higher stop banks, and mitigation - how we can actively work to minimise global warming through afforestation, electric vehicle uptake, alternative energy use, etc. Much more detailed work on both of these areas is necessary.

The Clifton to Tangoio Coastal Hazards Strategy 2120 is a combined project involving the Regional Council, Napier and Hastings Councils, and Tāngata Whenua.

At its meeting on 27 June, the Regional Council will formally adopt a new fixed rate of $3.24 per property on Napier and Hastings properties.

More information on the Coastal Hazards project is at hbcoast.co.nz.