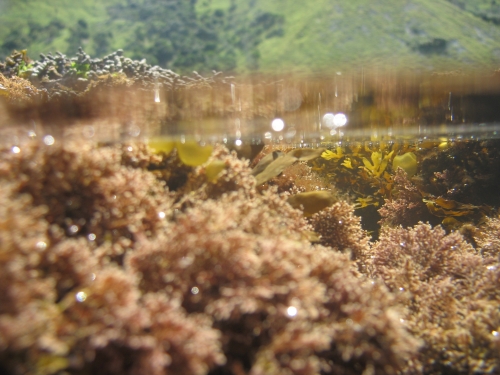 The Hawke's Bay Marine and Coastal Group's research roadmap sets out a plan for increasing knowledge of the marine zone in Hawke's Bay. Hon Stuart Nash, Minister of Fisheries, spoke at the launch saying that decisions about the future of fisheries and the marine area will depend on facts and research.

He congratulated the collaborative Hawke’s Bay Marine and Coastal Group at the launch of their Research Roadmap on Friday 8 June, World Oceans Day.

"Hawke’s Bay is the only region where everyone has come around the table and worked together on a way forward.”

Around 50 people from the groups and organisations involved in the development of the Research Roadmap attended the event at Ahuriri, Napier. The launch was the culmination of 18 months collaborative work, often voluntary, by the Group.  The group includes recreational and commercial fishers, tangata whenua, Fisheries New Zealand, the Department of Conservation and Hawke’s Bay Regional Council science staff.

The proposed research outlined in the Roadmap is in three areas: fisheries; ecosystems and habitats; and terrestrial and coastal linkages. 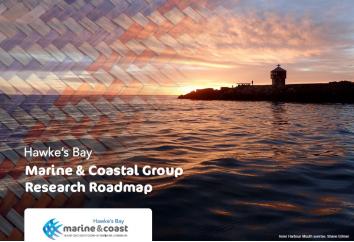 Hon Stuart Nash said he was involved in the first discussions about the state of the Hawke’s Bay fisheries, and complimented the Group on the plan they have achieved.

“We have to be innovative. Locally Rick Birch and Karl Warr are innovative local fishermen. But as well as being innovative with the gear fishermen use, we also have to be innovative in how we communicate with our industry and the community. Fisheries New Zealand wants to work in partnerships with regions to solve problems collaboratively.  Our decisions have to be based on facts and research. We all want abundant fisheries, so things need to change. I know our local fisheries will look different in 30 years."

James Palmer, CEO of Hawke’s Bay Regional Council, acknowledged the recreational fishers who raised their concerns about the state of the fisheries, and the response in terms of leadership from commercial fishers who looked at different ways of operating. Both interests have worked constructively to help develop the research roadmap.

“The conversation has changed and locally has been about the whole marine ecosystem and the impacts on it.”

As different government departments and councils have different responsibilities in the marine and environmental area, “for the foreseeable future, the only way forward is by working together.”

James Palmer said that gaining everyone’s buy in to the research before it happens has been important, as it frees up the discussion to be about the answers to the solutions rather than a potential debate on how the science was done. “The real heavy lifting is to come, in commissioning the science and deciding what to do with the results.”

Jonathan Dick, general manager of the asset holding company for the Ngati Kahungunu fisheries settlement, spoke on behalf of iwi, and acknowledged the people involved in the development of the plan.

“The roadmap aligns with the iwi’s strategic plan and vision for managing all the impacts, maunga to moana (from mountain to the sea).  If Tangaroa is abundant, the people will thrive.”