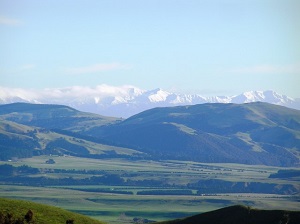 Hawke’s Bay Regional Council Chairman Rex Graham says the Council has adopted a revolutionary Long Term Plan, which signals a new era in the way the Council manages the environment.

The Council today adopted the Long Term Plan, with a strengthened environmental focus and emphasis on land, water and biodiversity. The plan includes upscaling and accelerating work in land and water management, with stronger regulation and more incentives for change. It also includes a Sustainable Homes programme, consolidating Civil Defence funding and a focus on community partnerships to achieve change.

Rex Graham says “To make our land and water better for future generations, we need to invest some serious capital and energy into our environment and that is what this Long Term Plan does.”
“We can’t do this alone, to be successful we need our whole community to pull together and I am heartened by the strong support we have received from the people of Hawke’s Bay to improve our region’s environment.”

The plan will be funded through increases in user-charges, borrowing, investment income, Central Government grants and rates. 71% of ratepayers will pay no more than a dollar a week more.

Council Chief Executive James Palmer says “the Council has crafted a careful financial strategy that uses all available levers to achieve a step change in community outcomes, while moderating the impact on ratepayers.”

The Council received more than 569 public submissions on the plan and spent three days hearing verbal submissions and deliberating over the submissions.

The key proposals:
Hawke’s Bay Tourism
The Council consulted on stepping back funding of Hawke’s Bay Tourism by $1.8 million over the next three years, however after considering all the submissions it has adjusted its decision and will now only reduce funding by $300,000 in year one. Keeping funding at $1.52 million for the first three years of the Long Term Plan. The Council has asked Hawke’s Bay Tourism to investigate other funding avenues, such as a bed tax.
Land, Water, Biodiversity
The Council has agreed to borrow up to $35M over the next 10 years, to provide incentives to change in the form of interest free loans for Farm Plans and subsidies for riparian and reforestation. It has also agreed to spend $650,000 over three years to establish and operate a ‘future farming’ initiative to lead on-farm research innovation. The plan is to fund additional biodiversity and biosecurity initiatives and includes a 2.9% increase in rates for 2018-19 to cover increased costs in Regulation (planning, consents, compliance and science).
Sustainable Homes
The Council has agreed to borrow up to $13 million over the next 10 years to provide financial assistance packages to help 1300 homes in Hawke’s Bay to become more sustainable, such as solar hot water heating. The Council has asked HBRC staff to work with the region’s other councils to achieve the best outcomes to improve the quality of homes in the region. The scheme will be fully cost recovered so there is no impact on the ratepayer.
Civil Defence
The Council has agreed to take full responsibility for collecting a single regional rate for Civil Defence. In the past, each individual council has rated households for Civil Defence, along with the Regional Council. In the future the plan is for households to be rated just once by the Regional Council for all their Civil Defence rates. This will result in an increase in the Civil Defence rate from HBRC, while local councils will reduce their rating for Civil Defence.
Working with Tāngata Whenua
The Council has agreed to spend an additional $384,000 in year 1 of the Long Term Plan to grow capacity and partnerships for co-governance and co-management with Tāngata Whenua to better meet Council’s obligations.
Local Government Funding Agency
The Council has agreed to join the Local Government Funding Agency as an un-rated guarantor. This has no impact on rates or debt but gives the Regional Council access to lower interest rates for borrowing.