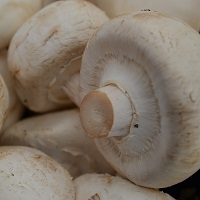 Hawke’s Bay Regional Council Chief Executive James Palmer says the Council shares the frustration of both the community and the company with the ongoing odour issues from Te Mata Mushrooms’ property in Havelock North.

“This issue has been dragging on for too long. We urgently need a decision from the company on when they are going to invest in new infrastructure on the current site to meet their current resource consent conditions,” says Mr Palmer.

The company has been fined $26,000 after pleading guilty to two charges of allowing an odorous compound to escape the boundaries of its Havelock North property in February, when those discharges were not permitted under its resource consent.

James Palmer acknowledges it is a difficult situation, which involves balancing the economic needs of the Te Mata Mushrooms business with the rights of local residents to have an enjoyable environment to live in.

“Many in the wider community seem unaware that the current owner bought the company well after the urban encroachment had already occurred. When the business was purchased, it came with an existing resource consent that required a programme of upgrades to achieve no objectionable odours beyond the boundary. Several years later offensive and objectionable odours are still being discharged beyond the boundary, prompting nearly 200 complaints so far this year. ”

“Yesterday’s court hearing sent a clear message to Te Mata Mushrooms to work quickly to resolve the odour issue. The community needs clarity on how the company is going to resolve the issues.”

Mr Palmer says the Regional Council rejects the assertion by the company’s owner that the Council is responsible for the delays in upgrading the company’s plant.

“It is the company’s owner who is unprepared to make the investments required to comply with the current consent conditions unless he is allowed to significantly expand production. Expansion requires consents from the District Council and we have been waiting for a year for the company to lodge these. We also reject any suggestion that the Regional Council is responsible for the historic urban encroachment issues.”

“I acknowledge residential properties have moved towards the existing factory, but that is now the new reality that we all have to live with,” says Mr Graham.

“I have had numerous discussions with Michael over the last few years and he appeared committed to moving his composting operation out of town, which is a similar solution to a mushroom farm in Christchurch, which now has no issue with odour.”

“I have not had a chance to speak with him since the court case, but it appears he might have changed his mind on moving the composting operation and if that is the case then we will probably have continuing challenges.”

Meanwhile James Palmer says the Council will continue to monitor the situation and is prepared to take further action if required.