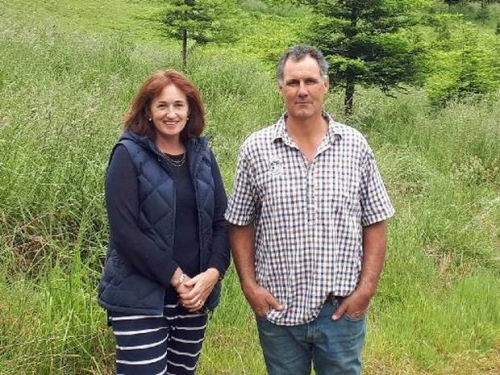 The Dawsons were named Supreme Winner at the gala dinner in Napier on 20 March.

“We are proud that all three finalists were Hawke’s Bay farms, and that our local farmers are showing leadership across environmental, production, financial and human aspects of the farming business, as well as being involved and contributing to the community,” says HBRC Catchment Manager Brendan Powell.

The annual awards programme which gives farmers an opportunity to benchmark their farm with other like-minded farmers in the region. It has an emphasis on positive role modelling and looking at the most effective tools to improve farm practices.

The Dawsons have also been Gold Award achievers in Hawke’s Bay Regional Council’s own Dairy Compliance Awards since it was started in 2013.

The Ballance Farm Environment Awards recognise and celebrate good farm practices which promotes sustainable land management through an annual awards programme that is run in 11 regions throughout New Zealand.