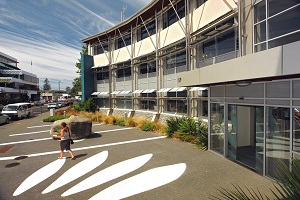 The Hawke’s Bay Regional Council has served the Wairoa District Council with two abatement notices in relation to the unlawful discharge of treated sewage from an unconsented emergency overflow from the Wairoa sewage treatment plant.

The Regional Council has been in regular contact with the Wairoa District Council since it became aware of the issue in May 2017. In July 2018 it issued an infringement notice in relation to the emergency outflow, but is now seeking a definitive timeline on when the illegal discharge will stop.

One of the abatement notices requires the Wairoa District Council to cease discharging the treated sewage from the emergency overflow by the end of October this year, while the other requires the district council to provide a detailed engineering plan by 14 June on how it intends to do that.

Wairoa District Council Chief Executive Steven May has acknowledged receipt of the abatement notices, which he says are part of the normal regulatory process, which the Regional Council administers.

Mr May says the District Council has been working closely with the regional council to find a short term fix to the current discharge issues, while a long term solution will come through the resource consenting processes.

Note: An abatement notice is a legal notice, which requires the receiver to cease or take action on a non-compliant activity by the date specified. Failure to cease the activity can see to receiver liable for fines of $750 per contravention.