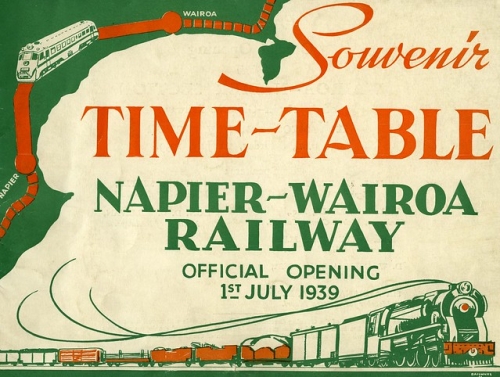 Around 12 years of discussions and advocacy led by the Hawke’s Bay Regional Council came to a head when the Napier-Wairoa Rail line was officially reopened.

As Chairman of the Regional Transport Committee, Councillor Alan Dick has been instrumental in getting the rail line reinstated. Discussions began with KiwiRail over a decade ago around the future of the rail line and continued after it was closed in 2012 due to a washout.

“We started discussions with Kiwirail around 12 years ago when they were considering the future of the line. The 2012 washout, which closed the line, was a huge setback, but with patience, perseverance, and a bit of luck, today has comes to fruition,” says Councillor Dick.

He says road safety, maintaining access to Northern Hawke’s Bay, and managing the ‘wall of wood’ coming on stream are the key reasons it was imperative that the line was reopened.

“There are a large number of heavy vehicles that use State Highway 2 from Wairoa to Napier, and with the wall of wood coming on stream it was important that we ensure the future of the rail line.”

“The rail line will get dozens of trucks off State Highway 2 every week and get logs to Napier Port with reduced impact on the environment and the Ahuriri community.”

Councillor Dick says the initiative has been a real team effort, with the support of the entire Regional Council and external stakeholders.

Hawke’s Bay Regional Council Chief Executive James Palmer says it is important to acknowledge Councillor Dick’s vision, perseverance, and advocacy for the reinstatement of the service.

“Getting the line reopened has taken a lot of work by Kiwirail and is being part funded by the Regional Council and follows years of advocacy by Councillor Dick.”