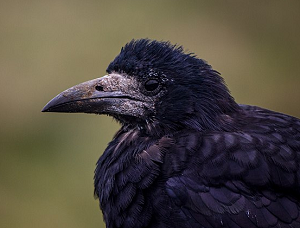 The public is being warned not to touch a bag containing rook (crow) bait that was lost from a helicopter in the Wairoa area on Monday.

Ten sealed tubes of gel bait used to control rooks were lost from a helicopter contracted by the Hawke’s Bay Regional Council undertaking rook control in the Wairoa area.

The bait, along with some jerry cans and personal items, was in a bag attached to the bottom of the helicopter when it was lost. An investigation is underway as to how the incident happened.

A helicopter has scoured the flight path where the bait was lost and vehicle searches have also been undertaken in the area which is mainly farmland, forest, and conservation land.

Landowners in the area, police, Ministry of Health, Hawke’s Bay District Health Board, Department of Conservation (DoC) and the Civil Aviation Authority have been informed.

Hawke’s Bay District Health Board Medical Officer of Health, Dr Nicholas Jones, said the bait was likely to have been lost in steep terrain not easily accessed by the public, contained within sealed tubes and diluted in a petroleum jelly making it unpalatable and unlikely to be consumed.

Dr Jones said while the bait was toxic to rooks it was much less toxic to humans, but should still not be handled or consumed.

The items were in a black DeWalt canvas bag, with yellow writing. If found, the public are urged not to touch the items, note the location, inform the police immediately, and ensure no humans or animals can access them.