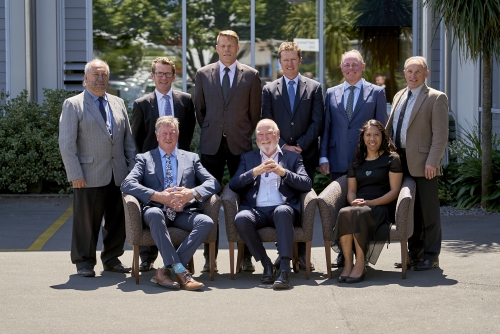 Councillor Rex Graham has been re-elected as Chair of the Hawke’s Bay Regional Council.

The appointment was made at the inaugural meeting of the new Regional Council this morning, which was held after a powerful pōwhiri and swearing-in ceremony at the Napier War Memorial Centre

Cr Graham is in his third term as a Regional Councillor representing the Hastings constituency. He was first appointed as Chair after the 2016 local body elections.

Meanwhile, third-term Councillor Rick Barker has been re-elected as Deputy Chair for a second term.

Find out more about the 2019 Councillors on this page.