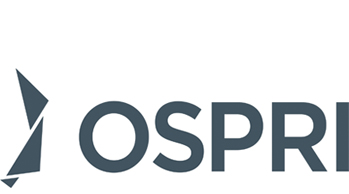 This media release was originally published on the OSPRI website on 12 February 2020.

A small cluster of TB infection in cattle near the Napier-Taupo Road is under management by OSPRI.

OSPRI, which manages the national TBfree programme, has expanded its regional office in Napier to lead a response and will control stock movements in the vicinity to prevent any spread of disease.

The disease has been detected in 29 animals in nine herds since April 2019. One herd has since been cleared. Wildlife surveillance and DNA strain-typing indicates the source of infection is from wildlife north of the area.

TB is transmitted by possums. Part of OSPRI’s work through the TBfree programme is managing and controlling possum numbers to prevent the transmission of disease between wildlife and livestock.

OSPRI Chief Executive Stephen Stuart says identification of disease is the TBfree programme in action. “We will manage this cluster of infection and return Hawke’s Bay to TB-free status. The success of the TB programme is based on identifying disease, containing it with stock movement controls and removing the disease from herds.”

Agriculture Minister Damien O’Connor met with OSPRI earlier this week to assist response work in the Hawke’s Bay. “I also asked for an explanation on how this happened, which I’m told was the failure of a buffer zone on the edges of the existing movement control area. I’ve asked them to look at all the buffer zones in place right across New Zealand to ensure this won’t happen again.”

The Minister said the situation in the Hawke’s Bay was disappointing but that bovine TB had been in New Zealand since the 1950s. “Such flare-ups have occurred from time to time and should not undermine the long-term target of eradication across all New Zealand.”

Possum control, TB testing and stock movement controls are the three planks in the TB eradication programme, which has brought down the number of infected herds in New Zealand from 1700 in the early 2000s to 26 at June 2019. Regional clusters of infection have been successfully managed during the past decade by containing and culling infected animals.

As an additional precautionary action, OSPRI will expand the livestock movement control area (MCA) in Hawke’s Bay to prevent any potential spread of disease. Cattle and deer heading for stock sales need to have returned a clear TB test within 60 days prior to the date of movement. Movements directly to slaughter are exempt from these requirements.

Disease managers and extension staff are working to support affected farmers and communities, and contractors have accelerated planned possum control work in all areas of possible disease risk. Staff at OSPRI’s regional office in Napier will hold information days later in February.

TB is a chronic infection that moves slowly and does not affect entire herds. Infection is managed by removing infected animals and continuing to test for TB until a clear status is reinstated with two clear tests.

Bovine TB affects farmed cattle and deer and is likely to have been introduced by possums from wildlife in forest and native bush areas near farms. This is indicated by DNA analysis of the TB strain type, and by information from the national animal identification and tracing programme NAIT.

There is minimal risk to human health, though health authorities advise against the consumption of unpasteurised milk.

Possum control operations have been planned or brought forward to interrupt the transmission of TB between wildlife in neighbouring forest and native bush areas and livestock on Hawke’s Bay farms.

Managing the Hawke’s Bay outbreak is a top priority for OSPRI and the company is committed to ensuring affected communities are supported and that the disease is contained and TB freedom is achieved.