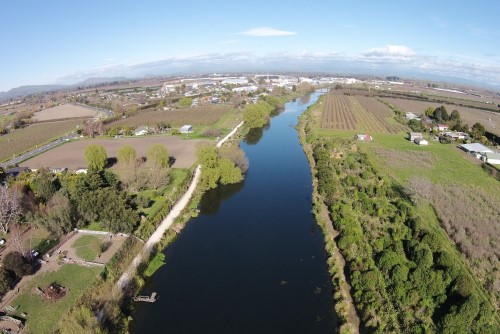 The Regional Council’s plan for the long-term health of the Heretaunga Plains waterways will go to public consultation from 2 May.

Known as the TANK Plan, with its focus on the Tūtaekurī, Ahuriri, Ngaruroro and Karamū catchments, Hawke’s Bay Regional Council’s TANK Plan Change proposes new rules and limits to manage the area where 85% of Hawke’s Bay people live, work and play, including Napier and Hastings.

At Wednesday’s Regional Council meeting (15 April) Councillors agreed unanimously, for the second time, to notify the proposed TANK Plan. The same decision was made on 18 March, but the notification date was later postponed due to the COVID-19 situation.

Regional Council Chair Rex Graham intends to follow through on the work of the TANK stakeholder group. The TANK Group’s collaborative efforts over a period of six years helped to develop the plan to the point where it can now receive public submissions.

“We also want to honour the mahi, all the work that has gone into this plan for Heretaunga waterways, which needs to progress and will ultimately align with the Government’s ambitions for freshwater reform.”

Councillors echoed the sentiments expressed by Councillor Hinewai Ormsby and Māori Committee Co-Chair Mike Paku, that tāngata whenua are keen for the opportunity to discuss the TANK Plan, “face to face with each other, let alone with the Regional Council.”

“We will conduct a wide consultation with tāngata whenua and our regional community using the digital tools available to us. We’ll also engage with people where and if we can do so safely, so that all the voices that wish to be heard and should be heard, can be heard,” says Mr Graham.

The proposed TANK Plan change will be publicly notified on Saturday 2 May, with the period for public submissions open for nine weeks, until Friday 3 July.

The public consultation approach may change in response to any government announcements. It is anticipated that public hearings on the TANK Plan will be held later this year.

The TANK Plan deals with the effects of land and water use on the quality and quantity of Heretaunga Plains water and the heavily interconnected aquifer beneath.

Information on the TANK Plan is at hbrc.govt.nz, search: #TANK.