Weekend rain welcome but not a drought breaker 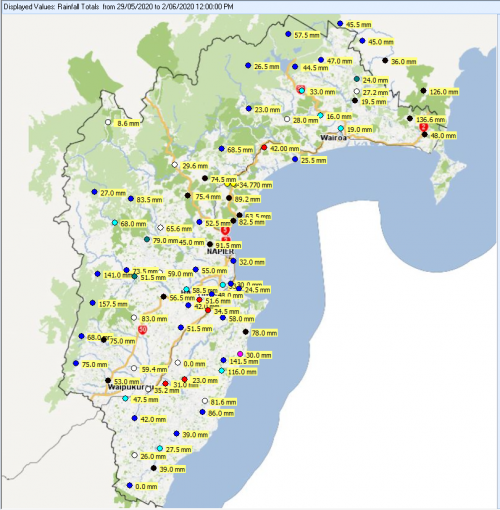 Hawke’s Bay Regional Council says the rain over the weekend was very welcome, and although it wasn’t an official ‘drought breaker’, it will result in grass growth.

Principal air scientist Dr Kathleen Kozyniak says most areas had 30-60 mm, with higher falls in the ranges and hill country (70-150 mm).  There tended to be lower totals around Wairoa.

“Yesterday’s rain means the region already has 40% of June’s average rainfall and the Heretaunga Plains already has 60%. The region ended up with 70% of the average May rainfall, though both southern Hawke’s Bay and Waikaremoana fell within the normal range at approximately 85%.  Northern Hawke’s Bay came off worst with only 51%,” she says.

Dr Kozyniak says there’s been some good movement in soil moisture, with both Ongaonga and Bridge Pa just moving out of the lowest 10th percentile. Hangaroa, north of Wairoa, is sitting at median levels for the time of year. Soil temperature is about 12°C at most sites.

More rain is forecast through the region during the week.

“More rain bands are set to cross the country through the week, which will mainly bring showers to the ranges but with the possibility of some making it further east.  It will stay warm until Friday when we get a showery southerly change.  Seasonal models favour a westerly flow for June to August, with drier weather for eastern areas,” she says.