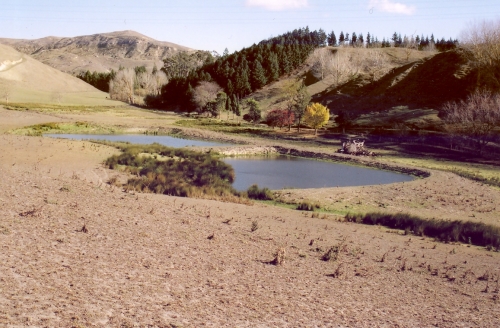 The Hawke’s Bay Regional Council wants to amend the way that nitrogen leaching is modelled on farms for resource consent applications in the Tukituki catchment.

The council’s Regional Planning Committee yesterday agreed to approve the notification of a proposed amendment to the Tukituki plan (known as Plan Change 6) subject to a final decision by the Council. This plan change will update the nitrogen leaching table (Table 5.1.1D), using OverseerFM, the only current tool to estimate nitrogen leaching.

There are two aspects to nutrient management in the Tukituki catchment; on farm assessments and instream water quality.

In 2012, Overseer was developed as a scientific way to generate nitrogen leaching estimates from farms, however it has been through several version improvements since 2012 and old versions are no longer available for use.

The council’s group manager of regulation, Liz Lambert, says it is updating the table to reflect the improvements made to the model and to enable comparison with on farm results using the same version of Overseer.

This proposal doesn’t change the need for farms to change their practices to reduce leaching who are exceeding the Dissolved Inorganic Nitrogen limit set by Plan Change 6.

“It’s a more pragmatic and up-to-date table for people to use, and that is the main driver for this change. While it may impact on some individuals, it won’t impact significantly on the number of resource consents in the catchment or the type required. It will allow us to process them in a much more consistent way, and provide landowners with up-to-date information.”

Staff have undergone a pre-consultation process with iwi authorities and other key stakeholders.

The Regional Council has sought feedback from 50 organisations including iwi authorities about the draft proposal, and had 27 responses, with the majority in support of the change.

Now staff will apply to the Minister for the Environment to notify the proposed change through what is known as a streamlined planning process, instead of the conventional staged process of notification.

“This change is a tightly scoped technical change and the streamlined process offers the best opportunity to deliver an operative plan change in the shortest possible time, and is an efficient way of dealing with the unintended consequence to the table, arising from the change in Overseer versions.”

Most of those supporting the proposal, also identified the need for a review of nitrogen management for the Tukituki Catchment.

The Council’s review of the Hawke’s Bay Regional Resource Management Plan, due to start in 2021, will address iwi authorities’ and other stakeholders’ concerns around the wider issues of nitrogen management.