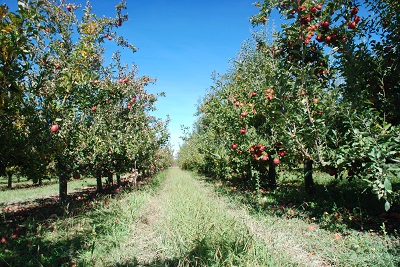 A ‘do nothing’ approach to water security under climate change could see the primary sector in parts of Hawke’s Bay significantly impacted and some land uses becoming non-profitable by the middle of the century, according to a just released report.

“We often talk about growth opportunities but we hardly ever consider the cost and implications of inaction,” he says.

The report focuses on the future economic impacts felt directly in the TANK (Tūtaekurī, Ahuriri, Ngaruroro and Karamū) and Tukituki catchments by the primary sector of the economy, which includes horticulture and fruit growing, sheep, beef, deer and other livestock and grain farming.

It predicts that a ‘do nothing’ scenario in terms of water security and climate change post 2060 will have a significant impact on regional GDP and community well-being.

Some scenarios in the report predict the region’s annual GDP to fall by up to $120 million per annum by the middle of the century if nothing is done about water security to adapt to the impacts of climate change.

Rex Graham says the implications of doing nothing are significant and not an option.

He says the report is important as it is the first piece of analysis about the economic impact of climate change focussed on the primary sector -  the largest and most vulnerable extractive user of the region’s freshwater resource – under the Regional Council’s water security work programme.

“We need to focus on a developing a range of interventions, not just one or two solutions, to be resilient in our future supplies of water that match our future demand, particularly relating to climate change,” he says.

Mr Graham says water security and its effective management is one of the most significant challenges and opportunities facing the Hawke’s Bay’s economy, community and natural environment now and in the future.

“This report is a valuable foundation to inform more detailed investigations into any options like storage, augmentation and aquifer recharge,” he says.

The report recommends that the Regional Council should consider the value of possible resilience-building initiatives, now that the magnitude and extent of the ‘do nothing’ scenario on water security under climate change is better understood.

“The Regional Council has already directed staff to accelerate our water security programme to urgently investigate storage options to increase the supply of water in Central Hawke’s Bay and Heretaunga. This sits alongside our Regional Water Assessment project that will guide policy on  water use and inform decision-making for water users,” says Mr Graham.

“We look forward to sharing these options with the community in the coming months,” he says.

Mr Graham says it’s also important to note that storage and augmentation are one of a matrix of solutions that are needed to build resilience, not a single solution.

“We will need to use other levers as well, like the allocation policy through proposed freshwater plan changes, water conservation initiatives and efficient use. This sits alongside the huge amount of work the Council already does in relation to water quality, which cannot be compromised,” he says.

The Regional Council’s freshwater security programme, which is jointly funded with the Government’s Provincial Growth Fund (PGF), requires that any water storage options can, will and must support transitions to better environmental, social and economic outcomes.