Working with communities on biosecurity 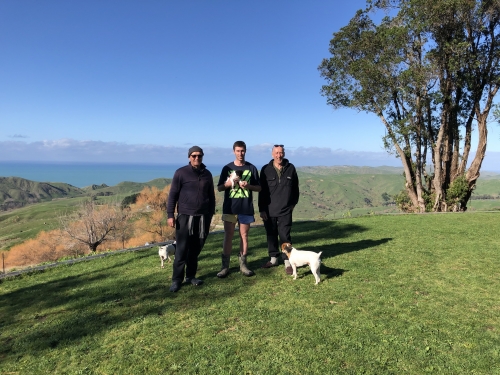 Landowners and the Regional Council are working to protect Hawke’s Bay’s biodiversity.

As we celebrate Biosecurity Week, the Regional Council is highlighting the good mahi going on round the region.

Rob McClean, a third generation Pōrangahau landowner passionate about biodiversity, has worked together with the Regional Council on biosecurity for years.

“My father’s stories led to my great passion for biodiversity. He told me he used to compete with wood pigeon for plums and that kiwi used to run around my grandfather’s cottage down in the valley.”

“Possums came to our valley in 1945, stealing the food from our native birds. Possums were so devastating that bird life virtually disappeared. Once the possums were removed, it took three years for the bellbird to return. I also saw a tui chick in our garden, the first time I’ve ever heard that squeak. We had a cat at that time, and I said to my dad we’d better not have a cat because so many native birds are coming back.”

“Once we no longer had cats, tui used to nest around the house. My most special moment was seeing three tui next to my house stepping out of the nest for the first time, madly twittering their wings. Next minute they hopped out of the nest stood on the branch and started to flap. It was astounding, I had goosebumps. They took their first flight out of the kanuka. All three made it. That was wonderful.”

“Keeping on top of possums and feral cats in particular is what we focus on. The Regional Council have also given us some traps. We’ve also rat baited the reserve down the road with help from Forest and Bird.”

“The principle is partnership. We’re a small part of the biosecurity picture in New Zealand, but when we work together and everyone does their bit we can make a big difference.

“It’s increasingly important in New Zealand, particularly with our economy’s reliance on primary industries, that we protect our biodiversity which is being increasingly threatened by a wider range of pests.”

The Regional Council’s biosecurity and biodiversity teams work together towards healthy and functioning ecosystems and halting biodiversity decline.

Biosecurity is about protecting our environment from threats, such as pests, so that our native biodiversity can thrive and so that our economy and cultural values are protected. The work the Regional Council does in this space includes working with the community and landowners to control animal, plant, and marine pests.