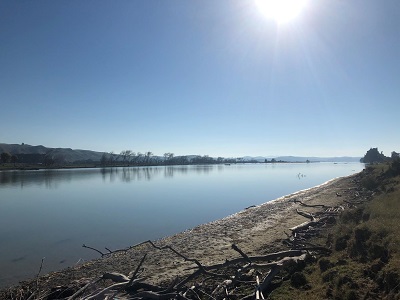 Hawke’s Bay’s estuaries will benefit from a recommendation to target policy around their management, according to the Regional Council.

The Managing our Estuaries report by the Parliamentary Commissioner for the Environment, Simon Upton, has highlighted the complexity around management of the country’s estuaries.

It recommends estuaries, and the waterways that feed them, should be treated as a single entity, from the mountains to the sea.

“The Parliamentary Commissioner recommends that estuaries become part of the Freshwater Management Units under the National Policy Statement for Freshwater Management. This is a good proposal as it means work would be prioritised nationally on linking freshwater limit setting to estuary health,” he says.

“The proposals in this report, and the Action for Healthy Waterways package would accelerate current efforts to improve the region’s freshwater and enable stronger, more targeted management for estuaries,” says Mr Palmer.

Regional Council Marine and Coasts team leader, scientist Anna Madarasz-Smith, says many of the estuaries in the region are showing signs that there is too much sediment entering them from the surrounding catchment.

“We are working with landowners to reduce sediment loads to our estuaries, but need better science nationally around how we link these reductions to better outcomes for our estuaries,” she says.

The land and river network of Hawke’s Bay terminate at the numerous large estuaries of Pōrangahau, Tukituki, Waitangi, Ahuriri, Wairoa and Maungawhio.

Mrs Madarasz-Smith says they are significant areas and have extensive ecological, cultural, social and recreational values, but are sensitive to the combined impacts from the land and freshwater systems.

“Many of the smaller systems wind through catchments to make their way to the coast delivering sediments and nutrients to the coastal area. Although these systems comprise a small percentage of the overall coastal area, they make an important ecological contribution,” she says.

“Many of our taonga species spend time in both marine and freshwater habitats, and estuaries are an important source of kai. The recommendation highlights the need to manage our waters to protect these values,” he says.