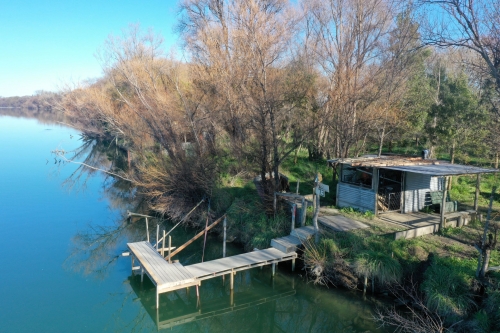 The whitebait season starts on 15 August with local whitebaiters gearing up for another great season.

Hawke’s Bay Regional Council and the local Department of Conservation (DOC) have been teaming up for decades to support whitebait populations. A significant amounts of work has gone into protecting egg laying sites, fencing and planting rivers, which all improves fish passage.

“An overall increase in catch rates may be a good indication that the adult populations are recovering,” says Dan Fake, Regional Council Freshwater Ecologist.

“There’s still plenty of work to do, and the Regional Council and DOC have had some good momentum working with landowners and community groups with fencing and planting lowland waterways around the region. We’ve also recently constructed a 15ha wetland in the Waitangi regional park, which is ideal habitat for inanga, one of the main whitebait species,” adds Mr Fake.

“Talking with whitebaiters that have been fishing since the 80s, catches in the Bay have dramatically improved in recent years. It may well be that all the good work that has been done is paying off,” says ex DOC Ranger, Hans Rook.

“Whitebait are actually the young of six different species of fish, and the adults of those are threatened by habitat loss and degradation, pollution and migration barriers, so work done to address these issues is a step in the right direction” says Chris Wootton, DOC Senior Ranger, Community.

“This year we’ve committed to an increase in presence down the river, so whitebaiters can expect to see more DOC vehicles around ensuring everyone is playing by the rules. If you have any concerns about illegal fishing, you can call the DOC hotline 0800 362 468 any time and a ranger will be in touch,” says Mr Wootton.

Ahead of the season, DOC and Regional Council met with the whitebaiting community in Napier and Pōrangahau.

Regional Council Ranger Mark Brinsdon says they had great meetings with the community introducing themselves  and talking about the work they’re doing, as well as DOC’s role in regulation, and Regional Council rules around registering stands.

“We stressed that we’d like to see stands removed from the river 14 days after the season finished, as leftover warratahs and building materials present dangers to other river users. We want to work with the community so they have a good season, and so we protect our species for the future,” Says Mr Brinsdon.

The Regional Council issues resource consents for whitebait stands, and each stand owner must comply with all conditions of their consent. Whitebait stands must be removed with 14 days of the season ending.