This page is a resource for children to think about the climate crisis and what they can do.

What is the climate crisis?

Our climate is changing, and getting warmer.

The scientific evidence shows that: 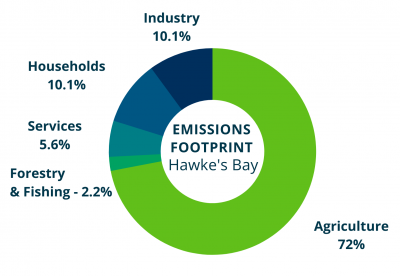 Science has shown us that humans have caused most of the world’s warming  by releasing heat-trapping gases that power our modern lives. These are called greenhouse gases and their levels are higher now than at any time in the last 800,000 years.

We often call this global warming, but it is a climate crisis, and we’re at the tipping point.  It’s already causing extreme weather events, rising seas, and threatening the low-lying land in New Zealand and atolls of our neighbouring Pacific countries.  (An atoll is a ring-shaped island, including a coral rim that encircles a lagoon)

All of this is already affecting us, but we’re still releasing more gases than ever before. This means that the impacts of the climate crisis are going to get worse.

What does the climate crisis mean for Hawke’s Bay?

The impacts of global warming will increase in the coming years in our region and are potentially catastrophic in the long-term.

It will affect people

Around the world, climate change has already contributed to increased levels of ill health, particularly in connection with summer heatwaves.

In New Zealand, children, the elderly, people with disabilities and chronic disease, and low-income groups are particularly vulnerable to climate change-related health impacts.

Māori are also particularly at risk due to existing health inequalities and a greater likelihood of having low-income housing in areas at risk from flooding and sea-level rise.

It will cause more extreme weather

While the atmosphere warms, the climate is changing, and this means a change in our weather. More frequent and more intense storms, flooding, droughts, heat waves, and even extreme snowfalls are all part of the changes.

It will impact agriculture

Studies show that climate change will have significant impacts on agriculture. This is through decreasing low river flows, an increase in water demand, higher risk of wildfirs, more soil erosion from droughts and extreme rainfall events, and increased pest control problems. More frequent and intense droughts will have an effect on pasture growth, livestock health, and productivity.

It will significantly impact horticulture

Extreme heat may affect the quality of horticultural produce (fruit and veg), and may mean some crops won't be able to grow. Increasing temperatures may provide opportunities for new crop types to be grown in the area, but this may also cause problems for some of the crop types we already have, possibly introducing the spread of new pests. Droughts are likely to cause big issues for the horticultural industry in terms of water availability for water irrigation and the crops they can grown without water.

It will change air quality

It will impact infrastructure

Like the rest of New Zealand, towns and cities in Hawke’s Bay are being affected by climate change from hazards, such as sea level rise, which can create social and economic issues.

We have declared a climate emergency and set a goal for the region to be carbon neutral by 2050.

We’re already taking wide ranging actions through our current work and plan to do a lot more.

Find out more about our climate action work here.

What can you do?

We ran a Youth Climate Action Camp in March 2021. Find out more in our video below:

The climate crisis can be scary and sometimes it’s hard to know what to do.   Here are some inspiring tamariki talking about the crisis and what they’re doing:

What can I do?

Here are some cool ideas and resources to help you learn more about climate change and what you could do.

What is climate change? A really simple guide

Why your internet habits are not as clean as you think

Talking to kids about climate change

13 ways to save the Earth from climate change

Communicate With Your Kids About Climate Change