Biodiversity Step Up for Hawke’s Bay 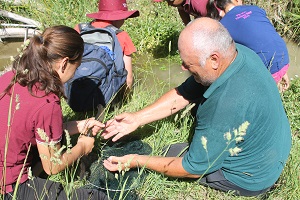 A bold action plan for restoring native habitats, species and ecosystems has been endorsed by Hawke’s Bay Regional Council’s Environment and Services Committee this week.

The Biodiversity Action Plan 2017-2020 has been developed by Implementation Planning Group – a collaboration of a large number of Hawke’s Bay organisations and individuals involved in protecting and enhancing our natural environment.  The Group adopted the Action Plan on 3 August this year and it will be launched publicly in November.

The Action Plan takes the goals set in the Biodiversity Strategy, launched in March last year, and sets priorities for action.  The Implementation Planning Group (IPG) has met with a wide range of people in developing the plan, and undertook a comprehensive stock take of biodiversity related projects.

“This Action Plan is grass roots, which gives it credibility and marks a major step up in how we work together to halt biodiversity decline in our region,” said HBRC’s Environment and Services Committee Chair, Cr Tom Belford.

HBRC Chairman Rex Graham thanked the Chairman of the IPG, zoologist and Emeritus Professor Charles Daugherty. “We are privileged to have Charles Daugherty in Hawke’s Bay and fortunate that he has been willing to give of his time to lead this project. This action plan is a tremendous direction being taken for Hawke’s Bay, and the timing is right given the shift in public attitudes.”

The Action Plan identifies the six immediate steps to be taken.  These are actions that the Group has agreed will make the most impact with the most ease, speed and cost effectiveness, and will be the focus for the next six months to three years. These steps are: Ecosystem mapping and ecological prioritisation; Develop a cultural framework and survey of taonga sites; Establish the HB Biodiversity Guardians and Foundation; Develop a biodiversity working group to coordinate policy and best practice; Establish a Biodiversity Forum; Develop a process to proactively involve private landowners.

The Biodiversity Guardians have already been established as the successor to the Implementation Planning Group. Connie Norgate, the Operations Manager of the Hawke’s Bay DOC office has been appointed as Chairman of the Guardians.  The Guardians will oversee a project manager, who will be responsible for delivering the six immediate steps including organising a Biodiversity Forum for the public to attend. This contract position will be advertised shortly and is seen as pivotal to the success of the Action Plan.

Interim trustees have also been appointed to the Biodiversity Foundation.  The interim Trustees will oversee the establishment phase until April next year at which time high profile trustees will be sought to drive the long term goal of an endowment fund of $50 million, so that funding can support future biodiversity restoration programmes around Hawke’s Bay.

Biodiversity is the biological diversity or variety that extends from genes (simple) to ecosystem processes (complex). Biodiversity includes all living things - including humans - from microscopic genetic material to the tallest, oldest trees. It includes the differences between individuals, habitats and ecosystems and the ways these link and rely on each other. Indigenous biodiversity, our species and ecosystems that exist or should exist are what forms a fundamental part of the natural heritage and the unique character of our region.  In New Zealand, our indigenous biodiversity is what is in trouble due to many threats, namely habitat loss, introduced pests.  Therefore, our HB Biodiversity Strategy and Action Plan aims to protect our ‘indigenous’ biodiversity.