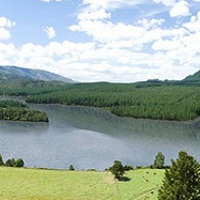 A review of the regional economic impacts of the Ruataniwha Water Storage Scheme forecasts more than 3,500 ongoing jobs will be created and tens of millions of dollars injected into Hawke’s Bay.
Butcher Partners Limited, which undertook the initial economic impacts study in 2012 has updated its report reflecting the current regional environment and the addition of another irrigation zone into the scheme, increasing the irrigation footprint.
The report says on-farm benefits from the scheme have increased substantially in the last four years and intensive horticulture is expected to be higher than projected in 2012. It says while horticulture such as viticulture and orcharding don’t use as much water as other land uses, access to reliable water from the scheme is expected to enable significant land conversion into highly profitable permanent horticultural activities, which will reflect in the regional economic benefit from the scheme.
The horticultural budgets have been generated by local horticultural consultants and reviewed by members of the industry.
Hawke’s Bay Regional Investment Company Ltd Chief Executive Andrew Newman says while the report uses assumed land uses, ultimately the farmers signing up to take water from the scheme will decide what land uses they will invest in.
“I have no doubt that the land uses developed under the Ruataniwha Scheme will evolve over the life of the project, which is expected to be at least 70 years,” says Mr Newman.
The report shows the revised capital cost for the scheme is $333 million.
The forecast on-farm investment is expected to be between $300 million and $550 million depending on land uses. This investment is not part of the scheme project cost.
“There are a range of factors affecting the construction cost of the dam and distribution network, including the addition of another irrigation zone, an increase to the distribution network which includes additional pipework and pumping pressure across the entire network.
“The forecast on-farm costs will vary depending on the land use, however they are costs that will be borne over at least a decade as farmers develop their properties for irrigation.”
Mr Newman says it’s important to remember these on-farm development costs are an investment in the farming operation and will also inject funds back into the local community through increased spending by farmers.
Additional spending by farmers and other households as a direct result of the scheme is expected to boost regional GDP by $380 million a year
The updated report suggests in the first three years while the scheme is being built 1,400 jobs will be created, including 400 in the construction sector. Long term, once farms reach full production, around 1,300 farming jobs will be created, along with a further 2,200 jobs in the processing sector and general off farm employment.
The economic impacts of the scheme are approximately 60 per cent larger than estimated in the 2012.